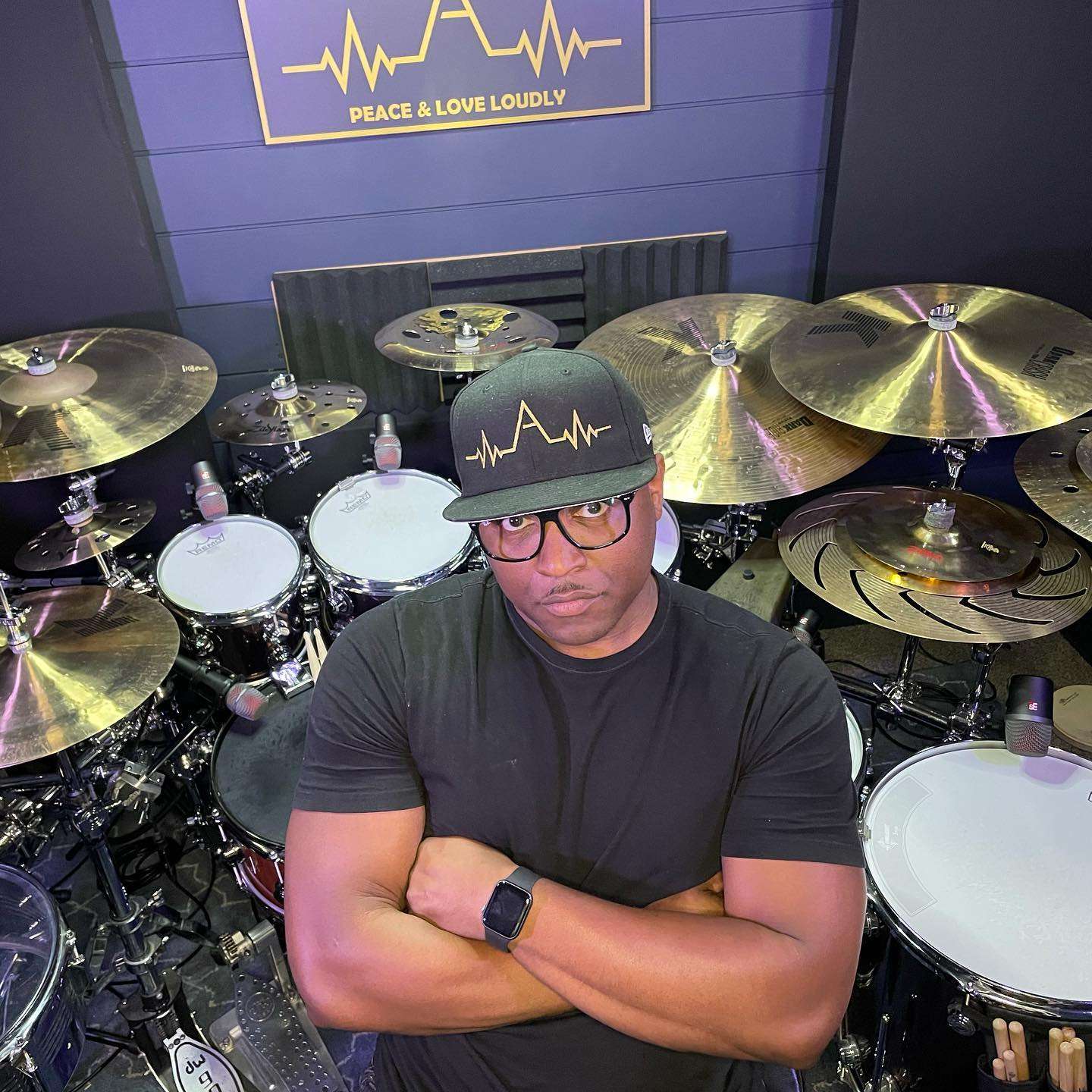 Andwele was born in the sunny island Bermuda. From a young age, he always showed an interest in drums. His Parents Jacqueline & Andrei nurtured his natural talent, and from the age of 2 his father Andrei would take him to band rehearsals early to let him play the drums. As a child Andwele was also a heritage member of the John Warner Bermuda Gombey troup, as a dancer & a drummer. From high school concert band, and his own band made up of himself his younger Brother Jacqui and childhood best friend Desta, he began performing regularly. At age 17 he started his own drumming school where he tutored many drummers and groomed them for musical careers. Some of his students attended Berkley College of Music. He has toured with many bands From “”The Unit”” & Working Title. He has occupied the drum throne for: The Spinners Reggae Artist Etana the Strong One Sia Spense, McCartney Darrel The Wallstreet Band and many more. He also was the MD for the Bermuda Idol and he was a drum tech for many drummers. Finally Before he left for Nova Scotia Canada, he and DJ Ko Minors started a Duo Called “”O32″” playing Afro Beat & Afro House rhythms. From his home studio, Andwele records content for his online platforms and for artist around the world. He is known for his solid feel and grooves & clean drum sound. His main aim is to be a positive motivating force in the music industry.