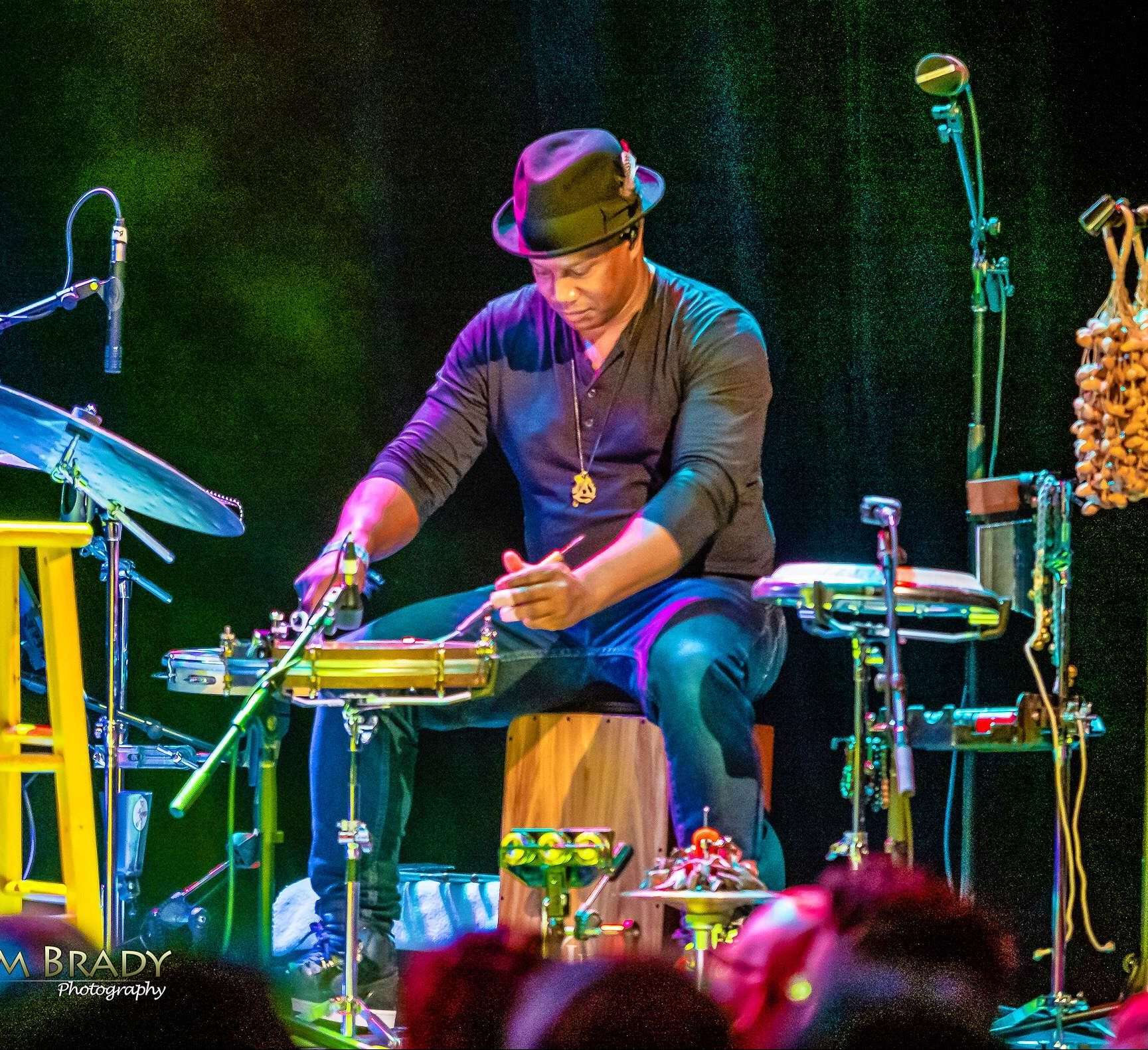 Damon Grant is a professional percussionist that can be described as “Rockstar Adjacent”. He is someone who continuously works with musicians who are world renowned in all styles and genres. He recently recorded and released an album called ‘Prevailing Melodies’ produced by David Ryan Harris. The album features Harris, along with other artists like: Morgan James, Marc Broussard, Zane Carney, Stephen Kellogg and many more. He recorded on the Grammy-Nominated album by Blues artist, Joe Louis Walker. Previous to that, he also worked with Madonna on her 2012 Super Bowl halftime show, her MDNA tour, and DVD premiere in NYC. As a professional sideman, Damon has performed, and/or recorded with with world-class musicians in all genes including: Charlie Hunter, Morgan James, David Ryan Harris, Eric Hutchinson, Javier Colon, Erich Bergen, Norbert Leo Butz, Horacio “El Negro” Hernandez, Stefon Harris, Randy Rainbow, and countless others. He as well as his group, The Damon Grant Project, have been featured in Modern Drummer and Latin Beat magazines, and performed in London, at an opening ceremonies event for the 2012 U.S. Olympic team. He was a member of the 10-time DCI World Champion Cadets drum corps and with them, performed at the 1996 Summer Olympic Games in Atlanta. Damon was also a member of the group The Bomb Squad, which was featured in People magazine and won an American Music Award. He was an original cast member of the show Blast! which won both an Emmy and a Tony award.