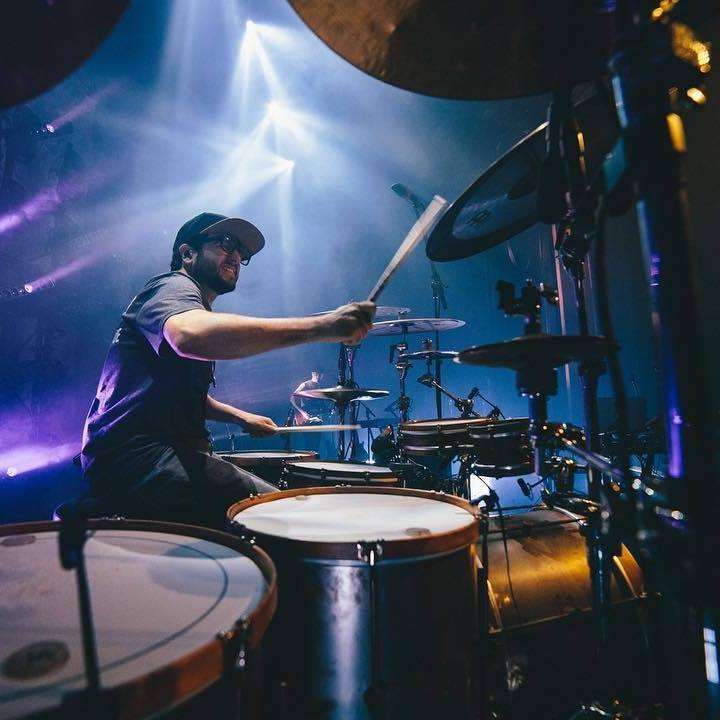 Dan Mayo (born 1990, Tel Aviv, Israel) is a virtuoso drummer, producer and
composer, most known for his jaw-dropping work with the innovative power-trio
TATRAN, of which he’s a founding member. A sensation in his home country,
Mayo, together with TATRAN, has quickly attracted the attention of the
international jazz, instrumental and indie circuits with tens of thousands of
followers and countless views on social media worldwide. The band’s debut
album “Shvat” (2014) topped the alternative charts in various territories, owing
much to Mayo’s futuristic groove-oriented footprint. Since then, TATRAN has
gained extraordinary success and a massive loyal international following, while
relentlessly touring around the globe and recording three albums, the last of
which has been released on November 30, 2018 (“Foresee”).

Mayo voted “Best New Drummer of 2017” by the biggest drumming
magazine in the UK, Music Radar’s Rhythm Magazine, which praised his
“inventive approach to sound and grooving creativity” and crowned him as
”the hottest new drum talent around”.

Over the years, Mayo collaborated with many artists and was played major
stages such as Glastonbury Festival (UK), Fusion Festival (DE) and
Metronome Festival (CZ). Being an accomplished drummer and a critically
acclaimed musician, Mayo is endorsed by leading drum manufacturers
Meinl Cymbals, A&F Drums, Vic Firth, Remo, and Sunhouse.

Recently, Mayo is touring with Mike Shinoda (Linkin Park). After a massive
summer tour in Asia and Europe, they toured the US (October-November
2018) and Europe (March 2019) as part of the Post Traumatic Tour.