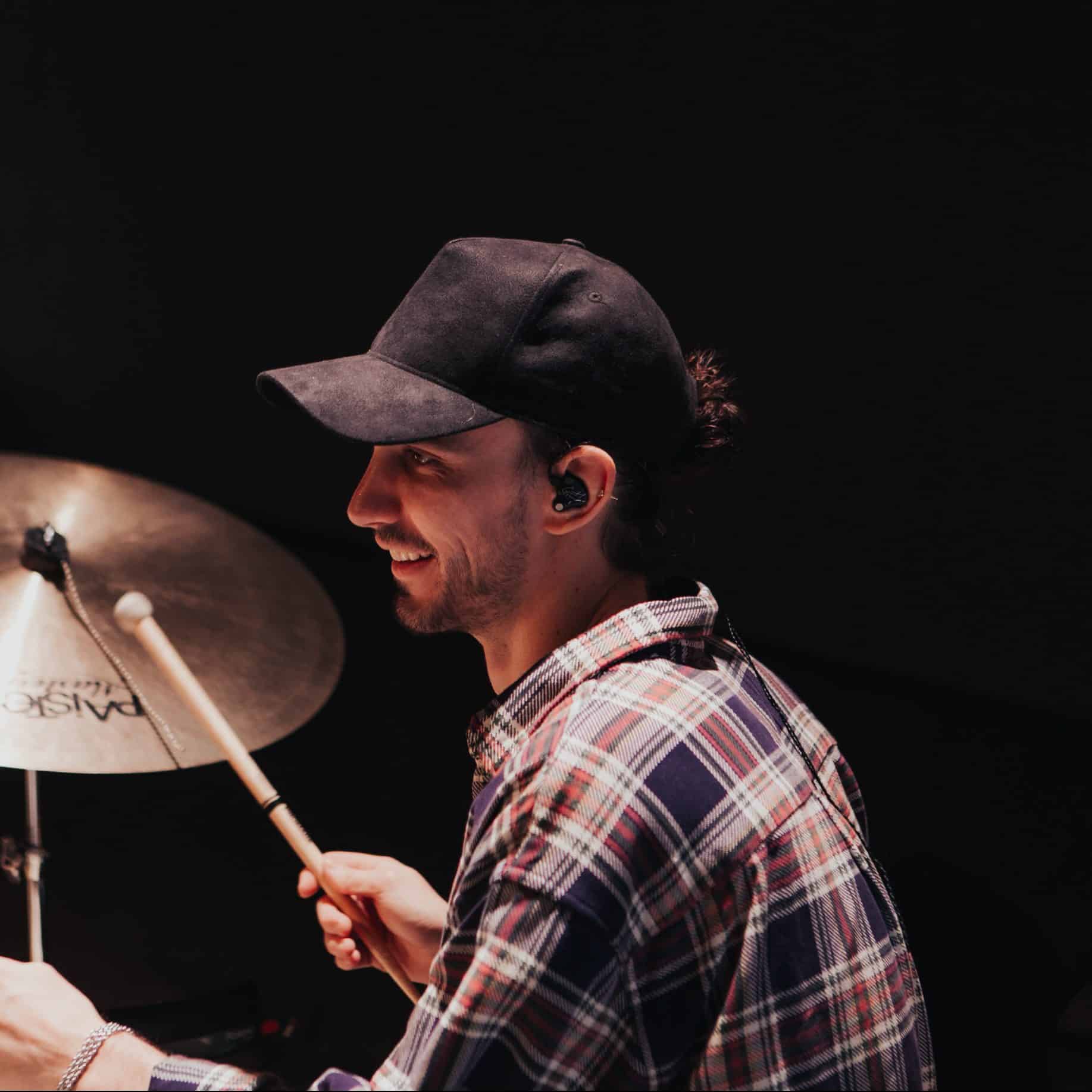 Garrett Tyler is an established Drummer, Musical Director, Producer, Educator, and Multi-Instrumentalist. Born in Jonesboro, AR, now Garrett lives in Nashville, TN and has risen to the world stage with multiple international performances and clinics throughout the United States, Central America, Asia, UK, and Europe. Like his soulful personality, Garrett’s musicality is equally the same. He has a fresh and creative approach to his drumming and production while being versatile to all styles of music.

Garrett received his Bachelor’s degree in Instrumental Music Education from Arkansas State University and his Master’s in Commercial Drumset Performance from Belmont University under the direction of Todd London and Chester Thompson (Genesis, Phil Collins, Frank Zappa, Weather Report, Eric Clapton). During Garrett’s Master’s he also apprenticed under drummer Garrett Goodwin (Carrie Underwood). From 2012-2015 Garrett was a member of the World Renown Blue Devils Drum and Bugle Corp in Concord, CA. Garrett’s addition to the group led to their 15th Gold Medal, DCI World Championship in 2012 and a Silver Medal in 2013. Garrett also received 2nd place in the DCI IE Solo Drumset Competition. Recognized for his talent and love of teaching, Garrett traveled with the Blue Devils System Blue team all across the country and world teaching young musicians. His last tour with the Blue Devils was with the Blue Devils International Ensemble in 2015. This specific group is an internationally recognized performing ensemble that has performed at the Basel Tattoo in Switzerland and continues to tour around the world demonstrating the unique & powerful sound of the Blue Devils!

Since earning his Master’s, Garrett has continued to develop his role as a drummer, musical director, producer, educator, and multi-instrumentalist. This work includes live performances, teaching, and session\production work that feature his versatile and energetic approach to music. Garrett currently has two of his own projects including Local Sound & Pink Laundry, in addition to playing for Judah and the Lion & Christy Nockels, as well as being active as an independent artist having drummed for artists such as Jagwar Twin, R.LUM.R, Casting Crowns, Fleurie, J. Human, Josh Wilson, Finding Favour and more. Garrett has also appeared on shows such as Late Night with Seth Meyers and has shared the stage, opening for artists such as Tim McGraw, The 1975, Keith Urban, Sam Hunt, Blake Shelton, and many more. In his off time from the road Garrett works full time as a session drummer and producer. Alongside his performing and recording, Garrett is active teaching lessons for his private studio, online, and schools around the world.

In the midst of the music, Garrett values the friendships and connections he makes above all. His love for God is the passion that drives his love for music and the people he encounters along the way.