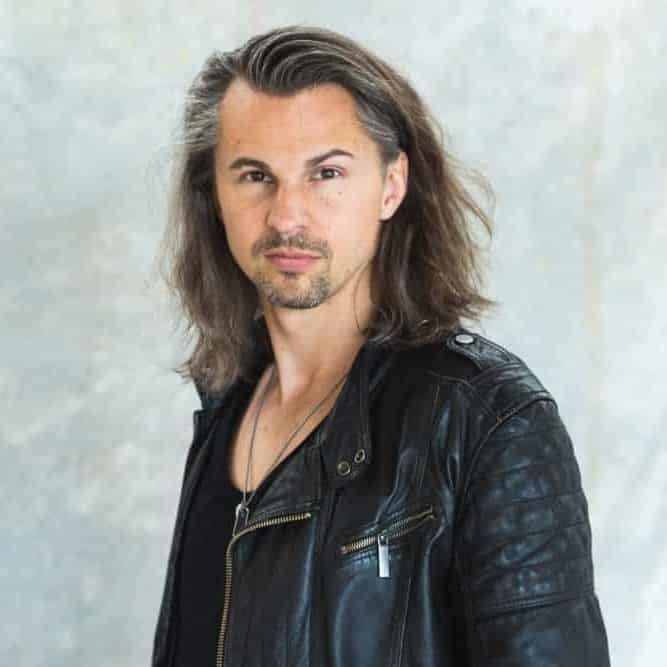 Simon Gattringer was born on 27.05.1986 in Linz / Austria. Simon got his first drum set at the age of 6 years, from his uncle, who also made him more and more enthusiastic about music. After autodidactic drum playing followed some years of lessons at the Upper Austrian Landesmusikschulwerk and at the Music School Linz. In 2008 Simon was awarded as the best young drummer of Austria. After studying at the Anton Bruckner Private University in Linz, he completed the “Popkurs” at the Hamburg University of Music and Drama. Afterwards a new chapter in his musical career began.

After only a short time Simon was one of the most sought-after session drummers in the city. Since then he has been successfully working as a live and studio drummer for various artists. Simon played live and studio productions with and for Johannes Oerding, Udo Lindenberg, Max Mutzke, Joy Denalane, Max Herre, Sacha, Jan Delay, Adel Tawil, Helene Fischer and many more.

Apart from that Simon is also active in the jazz scene. Besides productions with the NDR Bigband he also tours with the jazz trumpeter Nils Wülker.

He is both a fixed part of the Johannes Oerding Band and a permanent member of the Nils Wülker Group.

“Dreschheads” is the joint project with colleague and partner in crime Max Größwang. Own compositions meet electronic sounds and powerful drum&percussion beats. Max and Simon are on tour with dreschheads on international drum festivals and clinics. Highlights are the appearance at the Meinl Drumfestival 2017 and the tour through China 2019.