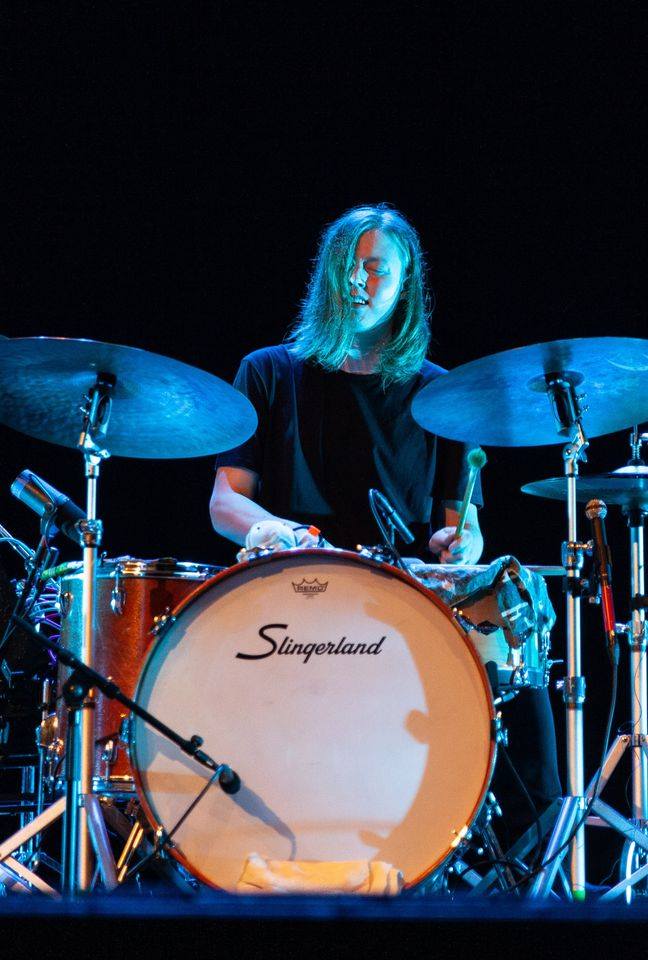 Tobias is a freelance drummer, audio engineer and synth fanatic from Norway. Finishing his masters degree in popular music in 2019, he has been involved in a myriad of projects and bands and has become known for his ability to adapt a wide variety of musical styles. Exploring genres spanning from jazz to metal and everything in between, he constantly seeks to combine the knowledge from this endeavor to create an unique and exciting style of drumming. He has since 2016 been involved doing session and live work for the legendary Emperor front man Ihsahn, and has provided drums and sound design on his latest EP “Pharos”. He is also currently working with two bands signed to the biggest metal label in the world, Nuclear Blast. During his years in and after the university he has played with a range of artists, including Shaun Martin (Snarky Puppy, Shaun Martin Trio), Ihsahn (Emperor, Ihsahn), Einar Solberg (Leprous), Lars Are Nedland (Borknagar, White Void, Solefald) and Alexander Rybak (Eurovision Song Contest 2009 winner). Tobias has performed in over 20 countries across three continents, and has studied with some of the greatest drummers and teachers in the modern music scene, both nationally and internationally.